Are you playing it safe, but feeling trapped in the life you have created for yourself?

How do you know when it’s time to move on from a job, a relationship, or even the town you live in?

Steve Pavlina has some unique and profound suggestions to help us out with that. Tripp and Steve agree that often times the best strategy to victory in life’s battles is to “burn the boats behind us!”

Listen as Steve takes us into his work of no-nonsense personal development and how our efforts to grow can bring us exactly what we want out of life. 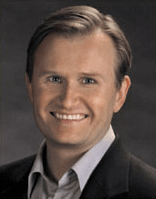 Steve Pavlina is widely recognized as one of the most successful personal development bloggers on the Internet, attracting more than two million monthly readers to his website, StevePavlina.com. He has written more than 700 articles and recorded many audio programs on a broad range of self-help topics, including productivity, relationships, and spirituality. Steve has been quoted as an expert by the New York Times, USA Today, U.S. News & World Report, the Los Angeles Daily News, Self Magazine, and The Guardian.

Steve’s passionate pursuit of personal growth began while sitting in a jail cell. Arrested for felony grand theft at age 19 and expelled from school, the full weight of responsibility for his life came crashing down upon him. In an attempt to overcome his out-of-control kleptomania addiction, he decided the best course of action was to go to work on himself.

Since then Steve has become one of the most intensely growth-oriented individuals you’ll ever know. After making an extensive study of time management techniques, he earned college degrees in computer science and mathematics in only three semesters. In later years he founded a successful software company, developed award-winning computer games, ran the Los Angeles Marathon, trained in martial arts, and adopted a raw vegan diet.

By giving away his best ideas for free, Steve created one of the most popular personal development websites in the world without spending a dime on marketing or promotion. Some of his articles have been translated into more than a dozen different languages, benefitting readers from 150 countries.

Steve has a reputation for conducting unusual growth experiments, the most famous being his polyphasic sleep trial, during which he slept only two hours per day for five and a half months, publicly documenting his results each step of the way.

Steve’s purpose in life is:

to live consciously and courageously;

to enjoy, increase, and share peace, energy, passion, and abundance;

to resonate with love and compassion;

to awaken the great spirits within others;

and to fully embrace this present moment.