What’s the deal with this myth that marriage is the death to your sex life?

Does it have to be this way?

In this episode, Dr. Sandor Gardos returns to The New Man to lay out some very simple things you can do to get the sexual juices flowing in your committed relationship. 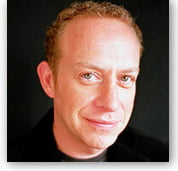 Sandor Gardos, PhD, is a licensed clinical psychologist and sex therapist. He was formerly a fellow at the College of Physicians & Surgeons of Columbia University in New York and is currently a research scientist at the HIV Center for Clinical and Behavioral Studies. He is a member of the American Association of Sex Educators, Counselors and Therapists as well as the Society for the Scientific Study of Sexuality. He has written over a hundred articles, chapters, books, and other publications, and has served as the editor of Sexual Science. Gardos is also a regular guest on many nationally syndicated television and radio shows.