069 How Can a Gay Man Help Your Monogamous Sex Life? – King Mott

Tripp Lanier+ by | Everything Else, Podcast Episodes, Relationships & Sex

Are you one of those guys who confuses homosexuality with pedophilia?

How are gay men similar to straight men?

And what can you learn from a gay man about improving the sex in your monogamous relationship?

This week King Mott joins us on The New Man. He’s an Associate Professor of Political Science and Gender Studies at Seton Hall University and recently went head to head with the Roman Church over their scapegoating of homosexuals in the pedophilia cases that plagued the institution. King also discusses what it’s like to be a gay man in America, how gays (generally) see the world much differently than straight men, what it’s like to be a gay man doing men’s work and how gay men are way ahead in the realm of having sexually satisfying monogamous relationships. 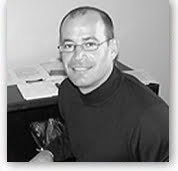 King Mott is an Associate Professor of Political Science and Gender Studies at Seton Hall University. He also has over 15 years of experience with The Mankind Project, and has been outspoken against the Roman Church with regards to the deliberately wrongful association of pedophilia with homosexuality.