The One Question That Changed EVERYTHING

He was changing careers and had no idea about where to go next. He was scared and very frustrated. (BTW, Joe is not his real name)

In previous sessions, we had revealed that Joe was passionate about empowering others while working outside, using his hands. This is where he felt alive and valuable.

However, there was a mysterious force pulling him towards the “corporate” jobs — Wearing a tie. Fluorescent lighting. Titles. Hierarchies. Office politics.

Which is fine for a lot of folks, but Joe was in his thirties and had never had a “suit” job before. He just wasn’t that type of guy. This didn’t line up with his passion.

“So tell me, Joe. If you really want to be outside, in the world and making a living with your hands — why do you keep coming back to the desk jobs?”

After a little back and forth the truth came through. He responded:

“I CAN’T just do that. My friends will laugh at me. My dad will be disappointed in me. I need a title. I need the big paycheck. I need to show them that I am ‘somebody.’ I need to make a splash.”

And there it was. The mysterious force was now out in the open. The internal pressure to impress his father and friends was keeping him stuck. This force didn’t give a squat about Joe’s values or passion.

So I asked him one simple question: 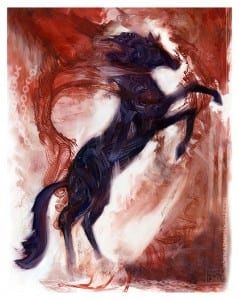 “What would you do if you didn’t have to prove anything to anybody?”

There was a pause. Then Joe let out a big exhale. He began to laugh a giddy, joyous laugh.

The boulder blocking the way had been cleared. The ideas poured out of him. Suddenly so much more was possible. He could see how he could make a good living doing something that fit who he really was.

The answers to Joe’s question were already within him, but his need to play the game according to others gave him creative constipation.

Joe is now on the “bold” path. He’s choosing to live according to his values.

Together we’re focusing his direction and developing an action plan to execute. And with a coach, Joe will be held accountable to follow through.

What about you? Can you relate to Joe?

What would you do if you didn’t have to prove anything to anybody?

If you want to get clarity, if you want to live your bold life, click here to fill out a coaching questionnaire.

I look forward to hearing from you.