Why You May Look Weak

This was what my client Truman was saying to me recently. (BTW Truman is not his real name.)

He’d been stuck for a while. He needed to make a change, but at every turn it seemed there were no options. He was exhausted and becoming jaded.

He wanted a plan. And most of all he wanted a guarantee that it would work. He didn’t have time, energy or money to waste.

There was a sense that this *had* to work. But he had no idea what *this* was.

As I listened to him, I noticed that something felt off to me. I noticed that ideas he had previously considered seemed to instantaneously get shot down. There was an inner-critic and an inner-protector hard at work.

So I asked him, “What are you really afraid of?”

We both exhaled. Ahhhhhhhhh … the truth!

It wasn’t that Truman didn’t have any ideas. He just believed he didn’t have any GREAT ideas. And if his ideas weren’t great then he was vulnerable to failure and criticism.

He believed a great idea — the perfect idea — would remove the risk. That’s quite a theory, huh?

So what could he do? 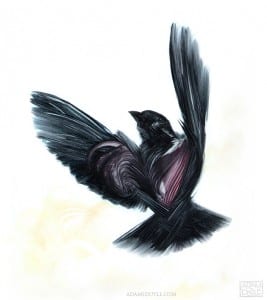 I asked him to consider being bold. He sat up straighter in his seat.

“Would the bold version of you let the possibility of criticism stop you?”

“Would the bold version of you measure yourself by someone else’s yardstick or have the guts to use your own?”

A smile came across his face.

“I’d have the guts to just do my thing.” We were both getting excited now. This was fun.

It seems that by trying not to look weak, we end up looking weak.

It takes real strength, real courage to simply do your thing. Whatever that may be. Even if it invites criticism from others. Even if it appears less than great.

It’s delusional to think we’ll be perfect right out of the gate (or ever). It takes time, practice, patience and persistence to make progress. Much like our days as a toddler, we will fall down during the learning process.

So why not be bold? Why not do it anyway?

Truman now prefers to be bold rather than wait on the sidelines. When he falls down, he gets up and tries again.

Today, he and I are focusing his time and energy so he gets the most from his efforts. He does a little bit everyday. He doesn’t get overwhelmed. And fear no longer has a death grip on his creative process.

There’s no more waiting for the perfect time or perfect idea. He’s in motion. He no longer feels the terrible frustration of being stuck.

Are you on the sidelines? Are you waiting for the perfect idea? The perfect time?

If so, let’s talk. Click here to fill out a coaching questionnaire and we’ll explore what’s possible for you.

Remember to have fun,

PS A new episode of The New Man is coming soon! Stay tuned.