120 How to Meditate and Why it Matters – Brian Johnson

Do you ever make the same stupid mistakes? 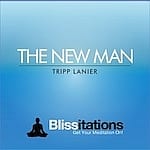 Are you more scattered and chaotic or calm and grounded?

And if you could train your brain to be sharper and stronger would you do it?

Brian Johnson is here and we’re going to discuss the basics of meditation — what it is, what it’s not, why it matters, and how you can start feeling the benefits today.

Brian and I have also teamed up to bring you The New Man Meditation — a collection of audio files that includes a guided meditation to help you:

The New Man Meditation is a set of tools to help you start a meditation practice or keep you motivated and on track.

Click here to check out The New Man Meditation.

Brian Johnson is the Philosopher & CEO of en*theos–a company that creates cool stuff to help people optimize their lives. He’s the co-founder (with his wife, Alexandra) of the en*theos Academy, PhilosophersNotes and Blissitations and is the author of A Philosopher’s Notes. He’s also featured in the documentary Finding Joe and has a monthly “Big Ideas” column in Experience Life magazine.

In one of his past lives, as a 24-year-old law school dropout turned Founder/CEO, Brian led the creation of eteamz-the world’s largest amateur sports site that currently (and profitably) provides team and league web sites and a comprehensive suite of services to over 3 million teams from over 120 countries around the world. (For example, Little League Baseball® uses the technology.) After spending the requisite time in “garage-mode,” eteamz won UCLA’s Business Plan competition, raised over $5 million of capital, grew from 3 to 45 employees in less than a year (including the CEO of Adidas and the eventual winner of Apprentice II) and was sold for over $13 million of stock and cash to The Active Network, Inc. in 2000.

After successfully leading the integration of the two companies as a Vice President at Active, Brian spent a few years as a philosopher, immersing himself in philosophy, psychology, mysticism and optimal living. He read hundreds of books and traveled a bit-studying Jesus in Jerusalem, Marcus Aurelius in the Danube of Hungary, Rumi in Konya, Turkey, and Socrates in Greece. On his return, he created thinkArete.com, a site where he began distilling the universal truths of optimal living. Over 10,000 people signed up to receive his daily newsletter where he shared the wisdom of his favorite teachers, showing how everyone (from Nietzsche to Buddha to Emerson) is saying the same thing.

In 2004, in an effort to integrate his philosophical and entrepreneurial selves (yes, he’s a Gemini 🙂 and to put the truths he was studying into practice, Brian created Zaadz (now Gaia)-a company named after the Dutch word for seed committed to leveraging world-class social networking tools to connect, inspire and empower people committed to transforming their lives and our planet. (Think: Facebook for people who want to change the world.)

As the Philosopher & CEO of Zaadz, he raised $3 million to finance the launch of the business. Investors included a billionaire and his family and the CEO of Whole Foods. Feeling the dharmic pull to immerse himself back into studying and living the universal truths, Brian sold Zaadz to Gaiam, Inc. (Nasdaq: GAIA) in the summer of 2007.

Brian is also a contributing author in Michael Strong’s book Be the Solution: How Entrepreneurs & Conscious Capitalists Can Solve All the World’s Problems where he joins Whole Foods CEO John Mackey, Nobel Peace Prize-winner Muhammad Yunus, legal reform expert Hernando de Soto and others in discussing how we can leverage entrepreneurialism as a force for good. His chapter focuses on the role of the conscious entrepreneur in transforming our world.

And, look for Brian in the upcoming documentary on Joseph Campbell calledFinding Joe-all about the role of myth/ritual/spirituality in the 21st century.

Click here to learn more about The New Man Meditation.