Is the 4 Hour Workweek bullshit?

Are you less of a man if you don’t want to work?

And what if the white picket fence, standard American dream is dead?

Live on the Margin author Nick O’Kelly is here to discuss how he gave up his day job and now trades a few hours a month while traveling the globe on a sailboat. Get ready to meet the 21st century slacker. 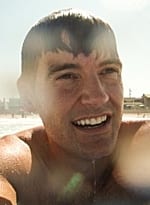 Best described as Phileas Fogg meets Bear Grylls meets Don Draper, Nick is an author, producer, and entrepreneur based in Portland, Oregon when not traveling. His work has appeared on NBC and in USA Today, as well as dozens of local radio and television stations.

Nick is a meteorologist and pilot, as well as an offshore sailor, having covered thousands of miles of open ocean in his own boats.

Nick’s books include Get Her on Board and Live on the Margin, co-authored by Patrick Schulte.