Do your emotions keep you from having an unbeatable mind?

When the going gets tough, what keeps you from quitting?

And why is it so critical to have a clear sense of purpose in life?

Former Navy SEAL and SEALfit founder Mark Divine is here to discuss how to have an unbeatable mind and why real power comes from dropping the tough guy act.

With regards to productivity: 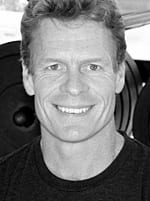 Mark Divine is from upstate New York and did his formal undergraduate education at Colgate University.  His years at Colgate University were focused on the athletic endeavors of competitive swimming, rowing and triathlon racing.  After graduation Mark embarked upon his professional career as a CPA with Coopers & Lybrand in New York City.  Clients included luminous and no-longer existent financial firms such as Solomon Brothers and Paine Weber.

Four years later, with an MBA from NYU Stern School of Business and a CPA in his briefcase, he left behind the suit to pursue his inner vision to become a Navy SEAL officer.  He was 26 when he graduated as honor-man (#1 ranked trainee) of his SEAL BUD/s class number 170.  Mark was fortunate to serve with many great men and women on active duty for nine years and in the SEAL reserves for eleven – retiring at the rank of Commander in 2011.

After leaving active duty in 1997, Mark started his third career as an entrepreneur.  He co-founded a highly successful Southern California Brewery Restaurant and launched NavySEALs.com in the same year.  NavySEALs.com is the leading web site for gear and information about the SEALs.  In 2006 he launched US Tactical, gaining contracts with Naval Special Warfare Group ONE for training support and the Navy Recruiting Command for the nationwide mentoring program for SEAL, SWCC, EOD and Diver candidates.  This latter program was credited with increasing the quality of Navy SEAL candidates and reducing the attrition rate at BUD/s by up to 5%.

Mark pursued a PHd in Leadership at the University of San Diego and served as an Adjunct Professor of Leadership in their undergraduate school.  The Doctorate was interrupted by a one year recall to active duty for Operation Iraqi Freedom.  The recall took him to Baghdad in 2004 with SEAL Team One to conduct a special project studying the future role of the USMC in the Special Operations Command.  Upon return home he left USD to focus on developing SEALFIT and put his Unbeatable Mind training philosophy to work on a new generation of Special Ops candidates.

Mark is the author of several forthcoming books: 8 Weeks to SEALFIT, published by St. Martins Press in 2014, Way of the SEAL, published by Reader’s Digest Books in 2014, and Unbeatable Mind, available on Amazon Kindle and self published by Divine Ventures.

SEALFIT is uniquely effective at developing elite level physical and mental fitness, helping trainees to operate at an entirely new level in mental toughness, creative problem solving, leadership, team effectiveness and awareness.  Not just a physical training program, SEALFIT encompasses training of the whole person in three spheres – the Body, Mind and Spirit in Self, Team and Organization.