How I Almost Got My Butt Kicked

Below is a transcription of this recording:

Hey there. I’m Tripp Lanier. I host The New Man, and I coach men for a living. When you look out at the world, do you see all the things that could go wrong? Do you see the threats? Do you see dead-ends? Or do you see all of the possibilities?

Normally, I talk about other people, guys that I’ve coached at this point in the show, but I wanted to talk about me. I want to tell you about an experience I had and a huge coaching takeaway that has changed everything in my life. This is how I almost got my butt kicked.

So, I went to a men’s weekend retreat (this was years ago) and I remember feeling nervous. I remember feeling scared. I remember creating this story in my head that I was an outsider. And so what I do when I get scared and when I get nervous is I become the critic. In my head I start to create stories about people, I start to build a case against them. “Oh yeah, this guy’s this way and this guy’s that way.” All this kind of stuff. Maybe you can relate. I hope you can. I hope I’m not the only guy that’s doin’ this stuff.

But all of it is a defense. All of it is a way that I… I do this just so I can feel safer. We can get into some psycho-babble, but I think if they don’t like me, or if they don’t accept me, or if I’m not good enough to be a part of this or that then I’ve already got this huge case of why they suck. That’s my little understanding of why I probably do that.

Let Me Criticize You So I Feel Safer

Well, I get to this event, I get to this retreat and it’s out in the woods, it’s far away, I don’t know anybody there, and this one guy, big guy, he triggered me. There was just something about this guy I didn’t like. Didn’t even know him! He was just walking around, and I didn’t like him!

I just immediately felt threatened. I was judging him, and I started doing this exhausting defensive thing. All the time, I was convinced I was correct! It never occurred to me to think, maybe he’s not this way. Maybe he’s somebody that people love, and he’s a great guy. Nope. In my head I was building this story about him that he was a jerk.

I Was Super Pissed

Here was this guy. He was one of the facilitators and I got a chance to just finally lash out at him. I just focused all of my negativity onto this guy. I lost my temper. I tried to physically go after him. I mean this guy is big! And I was trying to go after him, trying to hurt him, and there were seven guys holding me back.

I don’t know what I would have done if I had gotten loose. He would have just pounded me. It would have been over really quick. I would have been a wet spot on the floor, but through this process, I ended up being served. The process worked and peace was made and we all moved on.

And Here’s Where I Got it All Wrong

I was really served by being able to access that anger and all of that yucky, shadow stuff, and moved on. Great. Okay. And so here we are, at the end of the weekend event, and the big guy comes over to me, and he just appeared so much softer to me now. He appeared so much more inviting.

He mentioned, he said, “Hey, you know, we’ve got a mutual friend,” and he named the guy and he said, “Hey you know, this mutual friend, he called me earlier this week, and he told me that you were coming to the event this weekend. And he asked me if I would look after you. He asked if I would come and look after you. I wasn’t even going to come to the weekend event, but he said that you were comin’ and so, I decided to come to be here to support you.”

I was like, “Oh my God,” like, this guy, that I had imagined and projected all of this stuff on… That he was a threat… That he was this jerk… That he was… Whatever, all of the bad things… He had actually been there specifically for me. This hit me like a ton of bricks.

What’s the Cost of this Limiting Belief?

In my fear, I had created a story that I was alone, that I was threatened, and in actuality it was the opposite. I was supported. People were there trying to help me. People were going out of their way to help me. But it was my fear, and my defensiveness and my criticism that had pushed this away.

And so I started thinking about, “Where else is this happening in my life? Where else are good things trying to come into my life but, because of my fear, I am pushing them away. Where else am I turning support and help into a threat? Where else am I viewing an opportunity as a dead-end simply because I am afraid?”

If you find yourself being critical or defensive, see if you can get curious. Let’s see if this is true. Let’s see if this is really the bad thing you may think it is. And then find a small risk that you can take to see if that’s actually what is happening. Be willing to challenge that story in your mind.

Because fear is so powerful it blinds us. It blinded me in that situation. And so find someone. Surround yourself with people who can see your blind spots. Find a coach. Find a men’s group. Find other people that are willing to say, “Hey man, I think you’re full of shit.” Try this.

Find people that’ll help you see opportunities where you perceive the threat. Because I believe what you’re truly wanting in life is much, much closer than you can imagine. And this has been true for me and the clients I serve. 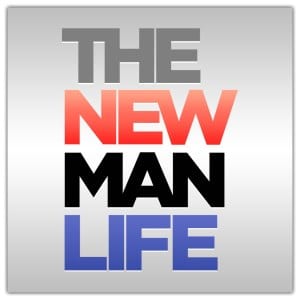 I hope this coaching takeaway has been helpful for you. If so, become a member of TheNewManLife.com.

Again — this is all free and it’s all available immediately at TheNewManLife.com.