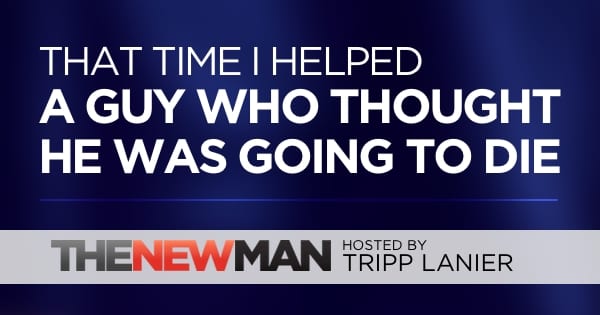 It was a beautiful day. I was surfing perfect, little waves in crystal clear water.

And then I heard the yell. I looked around but didn’t see anything. There it was again — another yell.

I looked into shore and a few hundred yards away I saw a guy waving his arm.

I started paddling and could see that his kayak was swamped. He was able to float on it. He had a life vest. I wasn’t worried about him.

But he was obviously scared. What if someone else is underwater!

As I got closer to him, I prepared myself for an awful sight. I began looking around for someone underwater.

The distressed man yelled back, “Yes! My kayak flipped and I can’t swim it in.” His eyes were wide. He was scared and shaken.

I wasn’t. Instantly my whole nervous system calmed down. This guy was fine. There was no one in danger.

And that belief was the most dangerous thing we were facing.

That belief was causing him to waste energy. To make poor choices like putting the kayak between himself and the incoming waves. (This is a perfect way to get knocked out and slide under the water unconscious.)

There’s a big difference between being rescued and being helped. And this guy was going to save himself with my help.

I gave him some very powerful direction. I said, “Stand up.”

“Stand up. Put your feet on the sand below you. You’re okay. Just stand up and you can walk your kayak in.”

He looked at me like I was insane. He dipped down and sure enough felt the ground below. The anguish on his face disappeared. He was no longer terrified.

I stayed there until he was confidently walking his kayak onto the beach. He thanked me. I paddled off.

This happens to me.

As an entrepreneur I can get freaked out from time to time. Even though I’ve been doing this for over 20 years the waves of uncertainty drive me to believe outrageous thoughts.

So I reach out to a coach for help.

“Stand up,” she says. Oh yeah. Right. I forgot. I’m reminded of my own power. I’m able to take action. I’m no longer a danger to myself.

And most importantly, I’m reminded that — deeper down — I’m already ok. I’m supported. I can do this.

Click here to learn more about coaching with Tripp.