182 When Ambition and Drive is Weakness – Group Coaching Call 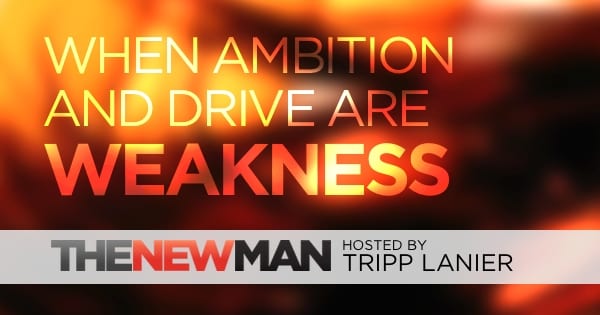 Do you think you need to do more in order to have the success and life you want?

Do you believe that once you’ve accomplished something you won’t have to worry about it anymore?

And what if the lasting freedom and power you’re wanting isn’t on the other side of some big goal?

You’re about to hear an excerpt from a group coaching call where we challenge the idea that freedom and power are the result of doing more, more, more. And you’ll also find out why we thought it was a great idea to buy a goat.

Click here to learn more about coaching with Tripp Lanier.

Over the last decade of coaching I’ve helped and watched people create some amazing things in their lives. In fact, that’s what average coaches do – they’ll help you identify something that’s “missing” and then crack the whip so you’ll get to work, and make it happen.
But here’s what I believe is even more powerful.

I believe most of us are stressing and striving to create something because we really want to avoid something else. Most of the time this undesirable thing we’re wanting to avoid only lives in our minds.

“One day when I’ve got enough money I won’t have to worry about not being successful.”

“One day when I’ve reached a certain level of success, I won’t have to worry about what others think of me.”

“One day when I’m fit, I won’t have to worry about the way I look.”

“One day it’ll be safe for me to stop hiding who I really am and just do what I want to do.”

It doesn’t matter the guy’s net worth – many times this high ambition and drive is really there to escape some fear or limiting belief he has between the ears. And that’s much different than creating what has him feel most alive. It’s a distraction from doing what he was put on this Earth to do.

Michelangelo said this about one of his statues:

“I saw the angel in the marble and carved until I set him free.”

In other words, the freedom wasn’t a product of adding more or striving for more. Freedom came from removing what wasn’t essential.

Many guys I talk to are wanting a big, positive shift in their lives but they’re afraid that hiring a coach will mean they’ll have to do even more striving and efforting. They’re already full. They think that creating what they want will be an additive process.

But in my experience, the most powerful, lasting, and rewarding changes come when we recognize the stuff that’s holding us back and find creative ways to let it go.

Back in December – close to Christmas – I asked one of my coaching groups to identify the things they’re running away from in their lives.

“If you weren’t afraid and you could magically make this thing disappear — what would you let go?”

Even though these men were all different professionally speaking, their lists were very similar.

Have a listen and play along. We had a lot of fun doing this, and it’s a powerful reminder that we’re much closer to what we truly want than we may currently believe.

Before we start — this recording comes from a video conference so the audio quality may be a little sketchy.

Click here to learn more about coaching with Tripp Lanier.