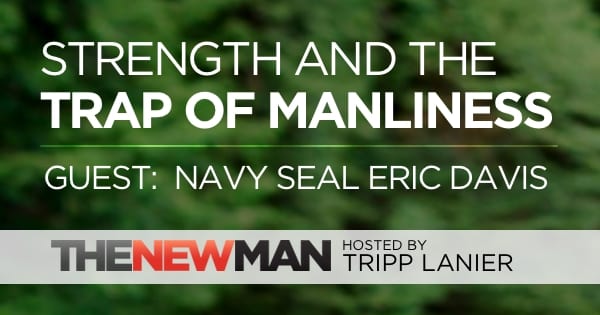 Does running away from a fight make you weak?

Does watching Braveheart, riding a motorcycle, and arguing about politics make you a man?

And how does a Navy SEAL respond to his own stalker?

Former Navy SEAL sniper instructor, Eric Davis (Habits of Heroes, Raising Men) is back to bring a fresh perspective to the topics of strength, being a man, and why it’s important that we get out there and do some warrior shit. 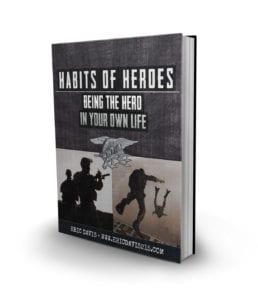 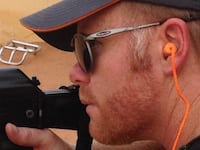 Eric Davis served our country as a U.S. Navy SEAL and decorated veteran of the Global War on Terror. Eric has been recognized as one of the premier sniper instructors in the U.S. military and has served as a Master Training Specialist at the SEAL sniper school in Coronado, CA.
He is an expert of technical and physical surveillance and was part of an elite group hand-selected to perform intelligence collection in denied areas around the world.

Eric has spent years developing, writing and executing curriculum for the SEAL Teams. By leveraging his expertise in the development of systems, structures, processes and practices Eric was instrumental in significantly reducing the failure rate, of Naval Special Warfare’s internationally recognized Sniper course.

Since departing from the SEAL teams, Eric has worked in corporate performance, sales and leadership training bringing an unprecedented amount of innovation, efficiency and structure to the domain of business and personal performance.

Eric is the author of Raising Men: Lessons Navy SEALs Learned from Their Training and Taught to Their Sons.

Click here to learn more about Eric Davis and his new free ebook Habits of Heroes.