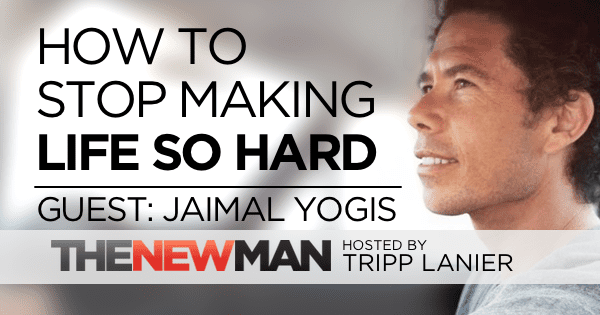 How to Stop Making Life Harder Than It Already Is

Do you ever wonder if you’re on the right path in life?

Have you ever wanted to ditch the American dream to live on some remote tropical island?

And how are we making life more difficult than it already is?

Author and world’s most interesting man nominee Jaimal Yogis is back to talk about seeking, escaping, and finding the answers to life’s big questions.

Click here to learn about All Our Waves Are Water: Stumbling Toward Enlightenment and the Perfect Ride by Jaimal Yogis. 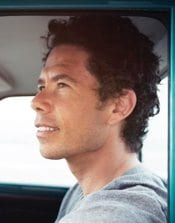 Jaimal Yogis is an outdoorsman, award-winning writer, and frequent teacher. He is the author of Saltwater Buddha, a humorous coming-of-age memoir about running away to Hawaii at sixteen to surf, nearly becoming a Zen monk, and eventually winding up at Columbia Journalism School. The book was named a Best Summer Read by E! and turned into a feature documentary film. Jaimal’s follow up to that book, All Our Waves Are Water, comes out this July from Harper Collins and Publisher’s Weekly gives it a starred review, calling it “captivating” and “beautiful” and CNN’s Reza Aslan calls it “insightful, contemplative, and eloquently written… leaves us to realize that life isn’t about that elusive end goal understanding of humanity; it’s about the risks we’re willing to take in our journey to get there.”

Jaimal’s writing has also appeared in The Washington Post, The Chicago Tribune, Men’s Health, ESPN Magazine, The Surfers Journal, The Daily Beast, and many others. His journalism has won a Maggie Award for Best Feature and he is also the author of The Fear Project, a journalistic and scientific romp about why humans fear and how we can live more fully and courageously. One of Jaimal’s stories stories for AFAR Magazine about the first female Muslim surf star in Bangladesh inspired the documentary, The Most Fearless, which Jaimal is co-producing with award-winning director, Heather Kessinger.

When Jaimal’s not writing, out to sea, or with his wife Amy and their three sons, he teaches meditation, mindfulness, and creative writing at places like Spirit Rock, The Writing Pad, Kripalu, and 1440 Multiversity.

Click here to learn about All Our Waves Are Water: Stumbling Toward Enlightenment and the Perfect Ride by Jaimal Yogis.