The Right Path: How to Tell if You’re on the Wrong Path in Life 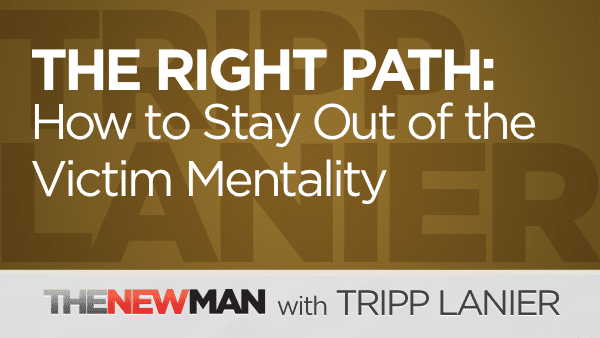 The Right Path: How to Tell if You’re on the Wrong Path in Life

Today let’s talk about this idea of figuring out if you’re on the right path in life.

But first, I’m Tripp Lanier. For over 12 years I’ve spent thousands of hours coaching people all around the world to get out of the rat race, become an authority in their field, and make a great living doing the work they were put on this earth to do. And for more than a decade, I’ve hosted The New Man Podcast which has been downloaded millions of times and can be found on iTunes or Stitcher.

Recently I was coaching a guy who was in his 50’s — who had created professional success for himself and now he was transitioning into a professional coaching career. He had grown tired of his previous career and wanted to spend his time doing something that had purpose, meaning, and impact.

And it was proving to be a challenge. On the call I asked him to help me understand what was bothering him and he said, “There’s just so much uncertainty. I wanna know I’m on the right path.” He was deep in the challenges and he had some serious doubts. The challenges were hard enough but the doubt was adding a whole other layer of suffering. In his mind he had created a scenario that maybe things shouldn’t be hard, that maybe there was a magical path, hidden somewhere out there where it would be easier, where there would be certainty and safety. In other words, because things were so challenging he was starting to wonder if he was on the wrong path.

So as he went about his day dealing with his challenges, part of his attention and focus was being pulled away from his work to look for an escape — another path that would make this current discomfort go away. This slowed him down, wore down his resolve, and made him weaker.
It also compounded his experience of suffering — building this new business was challenging enough, but adding to it was this nagging doubt that he was on the wrong path and that there was some other path out there waiting for him. And many, many times this doubt fuels our resistance to get anything accomplished.

We end up using this idea as an excuse to avoid doing anything. “I’m just gonna sit here until the right path comes along. I’m not gonna go down this road any further because it might not be the right one.” We allow this idea of the “right” path to keep us stuck on the side of the road instead of making progress that will allow us to make educated decisions.

So let’s get something straight: There is no “right” path. There’s just the one we’re on. Right now. In this moment. Avoiding our own path and believing we’re on the wrong path puts us into a powerless mindset. It takes us out of a creator role.

When we stop looking for an escape we can tap into ourselves and ask, “What do I want? What would bring greater freedom, love, peace, and aliveness? What process can I commit to in order to create that? Who can guide me?”

The right path isn’t going to do that work for us. What we’re looking for happens when we embrace who and where we are and we do the work to create what we want.

Here’s to greater freedom, aliveness, peace, and love in your life. Thanks for watching.