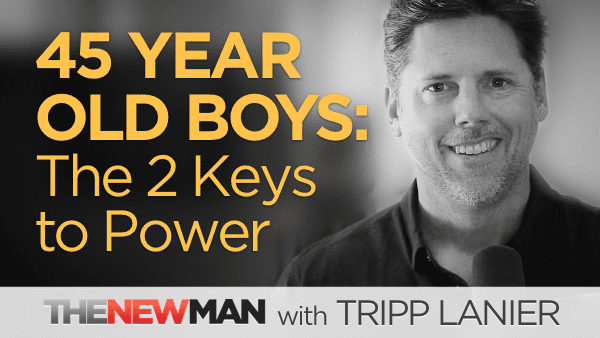 Today we’re going to talk about how playing the victim is natural and then what we can do to grow up.

To get the most out of this video, take a few minutes to watch another video I created on The Drama Triangle. It’ll help you understand what I mean when I talk about being a victim. For the sake of this video, when I talk about playing the victim I’m referring to a mindset for how we navigate the world vs actually being victimized in a crime or a natural disaster or something like that. Again, watch The Drama Triangle video to understand this further.

So, yes, as I said before being a victim is natural. For all of us. Why? Because it’s how we first navigated the world.

As infants we came into this world helpless, completely dependent on someone else for everything we needed. We were powerless to anything except our ability to cry when a need wasn’t met.
We felt discomfort from a shitty diaper or a hunger pain or a burp or too many blankets or not enough blankets. We felt that discomfort and we did the only thing we could do — we cried out.
We made a big racket and then someone fumbled around. They played a guessing game to try and figure out what we wanted and bring it to us so that we’d shut up.
Was it a fresh diaper? More milk? Were we too hot? Too cold?
Regardless, that caretaker was the one who made the effort to (1) clarify what was needed and (2) be the one to take effective action.
Those are two key points right there — clarifying what is needed and taking action.

Now, folks grow up physically but many never really outgrow this infantile, powerless way of trying to get what we want in life.
We stick with what worked from the beginning which was crying — which now takes the form of complaining, bitching, and moaning — and hoping that someone else takes responsibility to (1) figure out what we need and then (2) deliver it to us.

This sounds like “My wife should just know what I want. I shouldn’t have to say anything.”

Or, “I started this company so that I could be my own boss. But now all I do is work, work, work.”

If things continue to get lousy, we may turn up the flame and resort to verbally blaming and attacking. But on it’s own, this is still a powerless response. It may feel powerful to make a big fuss. In fact, the victim often confuses these self-righteous tirades as being effective because they feel a false sense of power in the moment. But if all we effectively did was make a big protest, we’re still depending on someone else or something outside of ourselves to meet our needs.

And if we’re depending on someone or something else to figure out and fulfill our desires then we’re going to be chronically disappointed. We’re going to be unhappy. Deep down we’re going to feel anxious because we feel powerless. We don’t recognize our own power to be the one who makes the change.

But it doesn’t have to be this way. Some of us will learn to assume responsibility for ourselves as we get older. Instead of bitching we’ll learn to make the effort to check in with ourselves and clarify what we want.

As in — “Hey, I’m noticing that I’m frustrated. What’s missing? What do I want instead?”

But we won’t stop there. We’ll speak up. We’ll make the bold request or we’ll take the necessary action to follow through. We’ll learn that what stands between ourselves and what we want is some form of risk — and usually that risk is far more intimidating in our minds than in reality.

From this perspective, growing up is a skill to learn. It’s a way of being that we can practice everyday. If we don’t like how something is going, we don’t have to bitch and moan like 95% of the planet does. We can take full responsibility — as in, “Ok, this is what’s happening. This is how things are. Now what do I want to do about it? How do I want to respond?”

Through experience we’ll learn that the freedom and power we ultimately want is on the other side of taking risks. We’ll gain confidence and a sense of aliveness as we engage our challenges instead of passing them off to someone else. We’ll find peace of mind in knowing that we can depend on ourselves to overcome whatever challenges may arise. And we’ll feel greater connection with the ones we love when we stop blaming them for our disappointment.

Here’s to growing up and living with greater freedom, aliveness, peace, and love. Thanks for watching.