Metallica, Miracles, and the Megaforce of Will — Jon “Jonny Z” Zazula 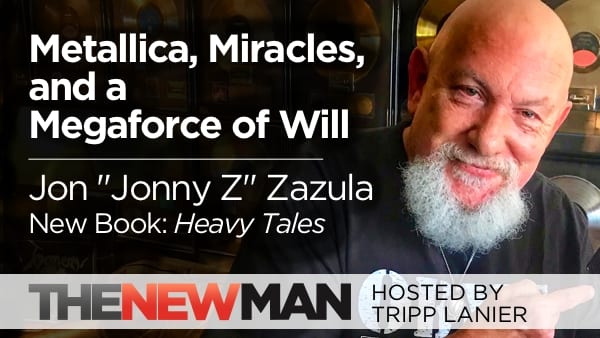 If you had a young family and needed money, would you start a heavy metal record label?

Can you learn wisdom from a Jimi Hendrix lookalike junkie sitting on a park bench in the middle of the night?

And what would it be like if Metallica was living in your basement?

Jon Zazula and his wife Marsha are legends in the metal music industry. With Megaforce Records they helped launch a genre of music that marches on to this day. That said, the road to fame and fortune was a very rocky road. Today, Jonny Z and I discuss his path from Wall Street to jail to metal hall of fame.

Click here for Jon Zazula’s book Heavy Tales: The Metal. The Music. The Madness. As lived by Jon Zazula. 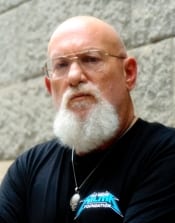 Jonathan Zazula, known the world over as Jonny Z, has lived an intense life. Born in 1952, he began his extraordinary journey as a renegade youth who went from living on the streets of the Bronx in New York City, to later working on Wall Street, and eventually (and unexpectedly) transitioning into the music business and discovering Metallica and others. Today, Jonny Z remains one of the most respected names in heavy metal and the music industry as a whole.

Jonny Z tells all about his incredible life in a brand new book that he describes as, “not a typical rock n’ roll book, but rather, a blue collar success story” – entitled Heavy Tales: The Metal. The Music. The Madness. As Lived by Jon Zazula, scheduled for release on Tuesday, October 29, 2019. Heavy Tales is the detailed, never before told story of how Jonny Z founded legendary New Jersey-based label Megaforce Records with his wife, Marsha, and built a dynasty unmatched by others – forever changing the scope of heavy metal.

Click here for Jon Zazula’s book Heavy Tales: The Metal. The Music. The Madness. As lived by Jon Zazula.