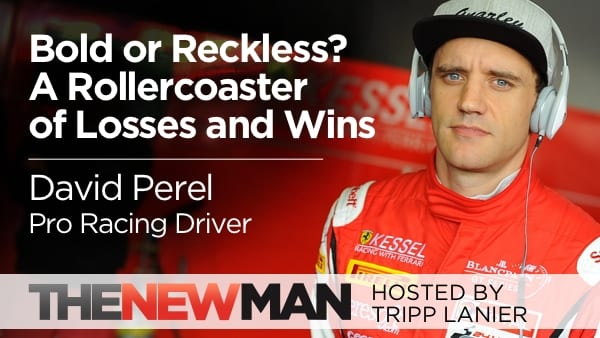 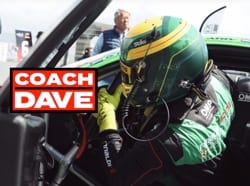 Is your work a nuisance that keeps you from living your dream?

Are guys at the highest level deeply insecure?

And when does being bold turn into being reckless?

David Perel gave up his dream of being a pro racing driver and became a tech startup founder. But dreams die hard. In this amazing story, David recalls his bold (and sometimes reckless) choices to go against the odds to race at the highest level — and somehow nearly starve to death while driving a Ferrari.

Mentioned in this interview: 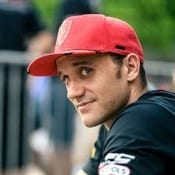 There’s a popular saying in the motorsport world about a driver being born with a helmet on their head.

At the age of 24 I progressed to Single Seaters, however before the season hit the halfway mark I had to stop due to a lack of funds – a common occurrence in the world of racing.

Unable to find a solution I turned my attention to the web company that my brother and I co-founded when we left school, called Obox Themes, with the intention of saving up as much money as possible in order to make a comeback in later years.

Twenty hour days and five years later I had eventually saved up enough money for one more GT race in 2014. The race ended up going so well that I was offered a drive for the 2015 season with Bonaldi Motorsport in the Italian GT Championship.

The end result was an incredibly successful season which netted me 2nd in the Championship and included more wins, pole positions and fastest laps than any other driver in the field.

My performance in my first European season led to an offer from Kessel Racing Ferrari, a well known and hugely successful GT3 team based in Switzerland. After a two day test I ended up on a similar pace to their professional drivers and was offered a contract 2016.

With the help of my manager Alan Macdonald, I signed a two year deal with Kessel Ferrari to represent them in the Blancpain Endurance Series. It has always been a dream of mine to compete in the series but I didn’t expect it to happen in only my second year of GT Racing.

Since signing with Kessel I have gone on to win the Total 24 Hours of Spa twice, Blancpain Sprint, Endurance and Overall AM Championships as well as other major GT racing events.

After being upgraded to a Silver driver for the 2018 season I moved to Rinaldi Racing and currently compete in various championships across Europe, including the Blancpain GT Series, VLN, Creventic and Italian GT, driving a Ferrari 488 GT3.

I continue my climb up the endurance racing ladder with one dream in mind: Le Mans 24 Hours.