Do you get pissy when you do something nice for someone and they don’t return the favor?

Do you bend over backwards to avoid upsetting your woman, family or friends? (Remember this podcast?)

And why do the guys who go out of their way to please everyone always get the raw end of the deal?

Today we’re talking with the author of No More Mr Nice Guy, Robert Glover. How are the macho jerk and the spineless wimp really the same? And what are the four steps YOU can take to avoid the nice guy syndrome? Listen and find out. 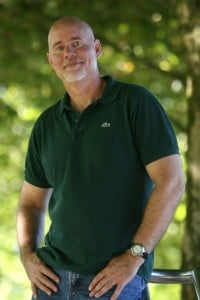 Robert Glover, author of NO MORE MR NICE GUY: A Proven Plan For Getting What You Want in Love, Sex and Life (Running Press, 2003), is an internationally recognized authority on the Nice Guy Syndrome.

Robert Glover is a frequent guest on radio talk shows and has been featured in numerous local and national publications. Robert Glover regularly conducts the following classes, seminars, workshops around the world.

Robert Glover is a Licensed Marriage and Family Therapist in private practice in Bellevue, Washington. He has spent thousands of hours working with hundreds of Nice Guys and their partners in individual and couples therapy. Robert Glover also leads several weekly therapy groups for recovering Nice Guys.

As a result of his work, Robert Glover has watched countless Nice Guys transform from being passive, resentful victims to empowered, integrated males. Along with these personal changes have come similar transformations in these men’s professional careers and intimate relationships.